You may have guessed by now: Aldo Dimitri Ho Kong Ciat (ADH) is a true passionate and an artist.

He is one of the pioneers in the Afro-Caribbean Haute Coiffure world. After receiving a world class training in caucasian hairstyle, he naturally came to Afro-Caribbean hairstyle very early in his career, thanks to his mother, his muse and main inspiration in his life.Apprenticed in a traditional Parisian salon, he entered the world of fashion thanks to Yves Saint Laurent himself and his brand ambassador, Mounia Orosemane.He made his debut on national television in a show called “Aujourd’hui Madame” (Madame Today), and started guest staring in shows reserved to professional hairdressers, like the MCB (Mondial Coiffure Beauté). He also worked for years alongside one of his cousin, a well-known hairdresser.

ADH hairstyled numerous models, artists and sporting personalities: among whom, one of the first black model and brand ambassador of Yves Saint Laurent, Katoucha Niane , who sadly passed away a few years ago ; Kathy Jean-Louis, muse of Paco Rabanne and currently marketing director for a hair product brand ; Rebecca Ayoko, Mounia Orosemane, Marie-José Perec, Bernard Lama, Magloire (a French TV host), Sara Martins, Amelle Chahbi and Laura Mayne (a friend and the leader of the music band “Native”) are also on this long list.

In the years 2016/2017, Aldo Dimitri created the hair styles for the cast of the leading roles of the new Ten Commandments Musical, which will start touring in 2018. And in October 2017, he was the official hairstylist for Tiffany’sFashion Week, at Shangri-la Eiffel Tower Palace.

ADH had also the opportunity to work with some of the most famous fashion designers, such as José Esam, Alphadi, Jean- Paul Gauthier, Yves Saint Laurent, Pierre Balmain, Hubert de Givenchy, Christian Dior….

In 2002, he became the first instructor of Soft Sheen Carson Professional France, the ethnic brand of the L’Oréal Group.

For more than 20 years, Aldo Dimitri regularly worked with the main Afro-Caribbean magazines : Senka, Amina, I Am DIVA’S, Miss Ebene, Brune, Black Beauty.
Aldo Dimitri performs his work with expertise, integrity and elegance, and provides the best advice while performing his art. Indeed, he decided to create his own home studio less than 5 years ago, away from crowded beauty salons, so he could provide a more intimate and personalized service for his clients.

His goal is always to get the best outcome for his very demanding clients.
The wonderful Aldo Dimitri is looking forward to welcome you in his home salon, so hope to see you there ! 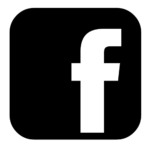 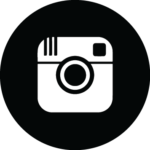